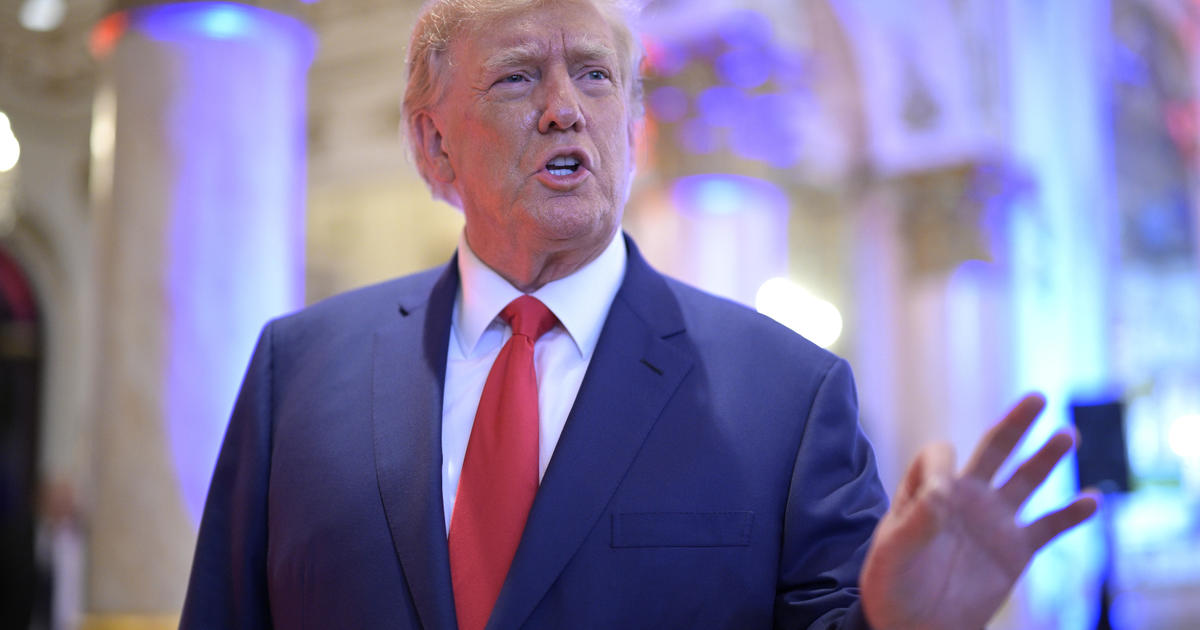 Donald Trump’s tax returns, long the subject of speculation and a bitter legal fight, are set to be made public. After last week releasing a summary of the IRS’ efforts to audit the former president, along with some details of his income in recent years, the House Ways and Means Committee early Friday released redacted versions of six years’ worth of his returns.

Whether Americans will learn much from the returns is another question. Trump’s finances are known to be complex, with the IRS itself complaining about the difficulty of examining every entity from which he may have drawn income.

Here are the areas tax professionals said they plan to focus on.

What do the returns actually show about his finances?

That could be hard to assess given Trump’s sprawling business empire. The former president is financially linked to more than 400 separate entities, including trusts, limited liability corporations and partnerships, according to House researchers.

Of these, however, just seven were examined in the Ways and Means Committee’s report earlier this month. Although the returns being disclosed Friday will likely name these entities and list an income or loss for each one, additional details will likely be limited, experts said.

“On his return, there will be a white paper schedule in the back — it may be five or 10 pages long — it’s going to list all these entities,” said Bruce Dubinsky, a forensic accountant and founder of Dubinsky Consulting.

“We’re not going to know what those [entities] are doing You’re just going to see a line, and an amount — could be income, could be a loss — for that year. We would then need those LLC or S corporation returns to see, OK, what’s going on?”

Such a large number of entities makes it more likely that some sources of Trump’s income, losses or wealth could be left out, offering a misleading picture of his tax status. The IRS has highlighted the complexity of performing a comprehensive examination of Trump’s income and tax liability.

“With over 400 flow-thru returns reported on the Form 1040, it is not possible to obtain the resources available to examine all potential issues,” states an IRS memo cited in the Ways and Means report.

Like all the tax pros interviewed for this story, Dubinsky noted he has no specific knowledge of Trump’s returns and made his assessment based strictly on his knowledge of the tax code and published excerpts of Trump’s finances.

How much money did Trump make from being famous?

Although Trump early in his career made money mainly from his family’s real-estate empire, in time he capitalized on his celebrity to generate income, making hundreds of millions from the bestselling “Art of the Deal” and other books, as well as the NBC television hit “The Apprentice.”

“I’m going to look at the schedule Cs, I want to see if there is anything from publishing, book deals, that sort of stuff,” Dubinsky said. “Was he getting royalties on ‘The Apprentice?’ If so, there might be royalties that come in and are reported on the return.”

According to the New York Times, “The Apprentice” alone earned Trump $200 million between 2005 and 2018. If he kept earning royalties while in office, he wouldn’t be the first. Former President Barack Obama also benefited from publishing, although on a much smaller scale. While he was in office, Obama earned twice as much from book royalties as from his presidential salary, Forbes has calculated.

How charitable is Trump?

The charitable activities of the businessman-turned-president are sure to garner considerable interest, said E. Martin Davidoff, founder and managing partner of Davidoff Tax Law.

“I might look at his personal returns just out of curiosity — I’ve never seen the tax returns of a billionaire,” Davidoff said. “What does he deduct? How much is he giving to charity? That would be an interesting thing because that could be a very big deduction.”

Davidoff expects to see some limited information on the types of charitable contributions.

“You’ll know whether it’s cash or property because there are two separate forms for doing that and two separate line items for schedule E,” he said. “If he gave away appreciated stock, if he gave away real estate, that’ll be listed out — that’s required in the detail.”

As for exactly where Trump directed his charitable contributions, that may not be clear, tax experts said. Although many people do list recipients of charity on their returns, it is not required. Meanwhile, many ultra-rich individuals form a charitable trust or a private foundation to keep the details of their giving under wraps.

Another question likely to remain unanswered for now is whether Trump accurately claimed the value of all his donations, tax pros said. One issue the Ways and Means committee brought up is whether a type of deduction known as a conservation easement that Trump reported as being worth $21 million was truly worth that much.

“The IRS allows that deduction, but the IRS may be questioning the value of it. And we won’t know the outcome until the audits are done,” Dubinsky said.

How lucrative is it to be a real estate developer?

Previously published excerpts of Trump’s returns have focused on years in which he reported large financial losses. In the 1980s and 90s, the Times concluded, Trump “appears to have lost more money than nearly any other individual American taxpayer.”

Trump’s longtime accountant also recently testified at the Trump Organization’s recent criminal trial that the real estate developer reported losses on his tax returns every year for a decade, including nearly $700 million in 2009 and $200 million in 2010.

Many have questioned the fairness of a self-proclaimed billionaire being allowed to avoid income-tax liability, with one columnist calling it a “national disgrace.” But tax pros underline that this reflects questions about the tax code, which offers a range of ways for wealthy Americans, including real estate moguls, to legally shelter their income.

“The obvious question is, how does a guy pay such a small amount in tax when he’s so wealthy? By design, real estate shelters income,” Davidoff said.

“If I have real estate and there’s positive cash flow, the depreciation on that real estate shelters some of that income,” he added. “The obvious question people will have is, why is the amount he is paying so low? That’s the tax laws.”

For example, depreciation is an artificial calculation designed to account for the fact that assets like buildings lose value over time. Dubinsky illustrated it with an example of a developer who builds a project worth $50 million, and — as is common — puts up $1 million of his own money for the project, while borrowing the rest.

“One-thirtieth of that building gets written off every year,” Dubinsky said. “If I have no income from that building in the first year and I’ve got operating expenses, I’ve now got a loss. [And] I’ve got all the interest I’m paying on it.”

These tax breaks — deliberately designed to incentivize real estate projects — might seem alien to most people whose main source of income is their job.

“The average person doesn’t do that,” Dubinsky said. “They’re getting a W-2 for $85,000. And they’re like, ‘Well, I’m paying tax on $85,000. Why isn’t this guy that’s making billions, or supposedly worth billions, paying his fair share?’ I mean, I hate to come back to it. But unfortunately that’s the way the tax code was crafted.”

—The Associated Press contributed to this story