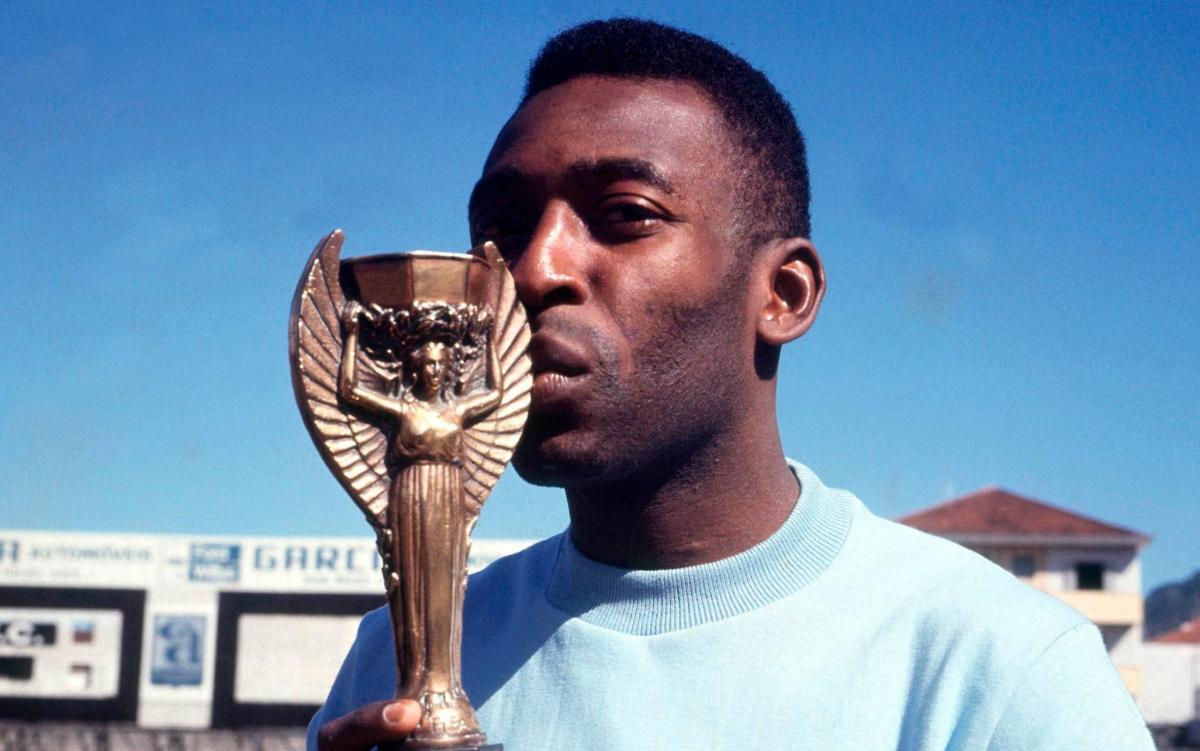 Pele, the Brazilian footballer who became one of the most iconic sportsmen of all-time, has died at the age of 82.

As well as being the only player in football history to win the World Cup three times, Pele’s influence as the most recognizable and celebrated personality in Brazilian history has been hailed following his death.

Telegraph readers have joined presidents, celebrities and football legends past and present to share their heartfelt tributes and we invite you to share yours in the comments section below.

“The one and only”

@Andrew Hayes: “As lads in the playground in the ’60s and ’70s, his name was uttered a million times. We were Pele. Such an exotic name to us northerners. A joy to watch. The one and only. Thank you.”

“The embodiment of the beautiful game”

@River Cartwright: “Our lives were better because he lived. He was the embodiment of the beautiful game – a sportsman in every sense. Goodbye and thank you, Pele, for all you gave us.”

‘Pele was mercurial and a footballing genius’

@Mark Woolley: “I’m sad to see him go but at least he’s no longer in pain.

“Pele was mercurial and a footballing genius, but the only memory I have of him was in the 1970 World Cup game against England when Gordon Banks saved a shot from him. That save reverberated across the country for years. That save says so much about the way Pele was revered, even back then.

“It comes down to individual opinion but it will take a strong argument to dispel Messi, Ronaldo et al over Pele.

“My sincere condolences to his family and friends. For Pele, thank you.”

“Unquestionably the greatest football player of all time”

@AM Cash: “From poverty to a global icon of the biggest game. Pele is unquestionably the greatest football player of all time. He stands with Ali as the ultimate sportsman.”

‘Pele was to football what Muhammad Ali was to boxing’

@Paul Kingsley: “Pele was to football what Muhammad Ali was to boxing – the greatest. Rest easy.”

‘That Carlos Alberto goal is the greatest of all time’

@Ralph Hall: “Forget the overhead kicks and the 40 yard screamers. For pure football symmetry, Carlos Alberto’s goal is the greatest of all time. It is just so simple and perfect. It stands out against the thousands of other goals.

“Pele’s pass looks so ordinary but it was anything but. A 20 yard pass of a genius played at the exact pace and trajectory for Alberto to score the goal of the century. A masterpiece.”

@Franco Cassar: “A truly humble man. I had the great honor of meeting him in 1975 when I was 14 years old. He noticed my laces were undone, which he promptly corrected on his knees. A true legend.”

@Brian Thorne: “Considering there was never the saturation coverage in the ’60s and ’70s as there is now, all of us in primary school knew all about Pele. A few were always trying the banana kick (where he struck the ball with the outside of the foot to bend the ball) and attempted the power header downwards towards the goal to see if the goalie could do a Banksie!

“The 1970 side still got to be the best and Pele’s casual pass to Carlos Alberto for the fourth goal in the final was coolness personified. RIP, Pele.”

@Pete Mason: “People will argue about who the greatest footballer is and was. Pele will always be part of that conversation, but for me he’s head and shoulders above the rest of that group when it comes to sportsmanship and integrity.”

@Neville Seabridge: “This man was truly the greatest. Loved and respected by the whole world with good reason. He was the role model youngsters need today.

“I wager that Pele never took a dive in his whole career; such undignified behavior would never have been entertained by this titanic sporting gentleman. RIP, sir.”

‘Was football ever better?’

@Sandra Smith: “Not only such a great footballer but a true gentleman and role model. The likes of Pele and Bobby Moore who so respected each other is a thing of the past, sadly. RIP, Pele. You will long be remembered for your class and humility.”

‘Brilliant at football but also generous in spirit’

@Flat Man: “Pele’s tribute to the late Gordon Banks summed up the gentleman that he always came across as. Brilliant at football but also generous in spirit to his true competitors.”

‘I saw the great man play at Hillsborough in 1972’

@Ian Dando: “I saw the great man play at Hillsborough in 1972. Fortunately, my brother pulled me out of school as kick-off was at 2.30pm due to the miners’ strikes and resulting power shortages. It was one of my most treasured memories. RIP.”

‘He opened the door for the other greats to follow’

@Bad Bob: “Pele is like The Beatles, a phenomenon during his time who opened the door for the other greats to follow. Thank you, Maestro.”

‘I wish I’d had a chance to see him play’

@Raymond Forster: “The GOAT, no doubt at all. Others like Cruyff, Maradona, Messi, Best, Ronaldo, Eusebio and Moore all have stellar credentials, but Pele was the first and will always be the best. I wish I’d had a chance to see him play.”

‘He was so humble and a great ambassador for the game’

@Anthophila Lant: “The greatest in my view. The fact that he was so humble and a great ambassador for the game made him extra special. RIP Pele.”

Share your own tributes to Pele in the comments section below